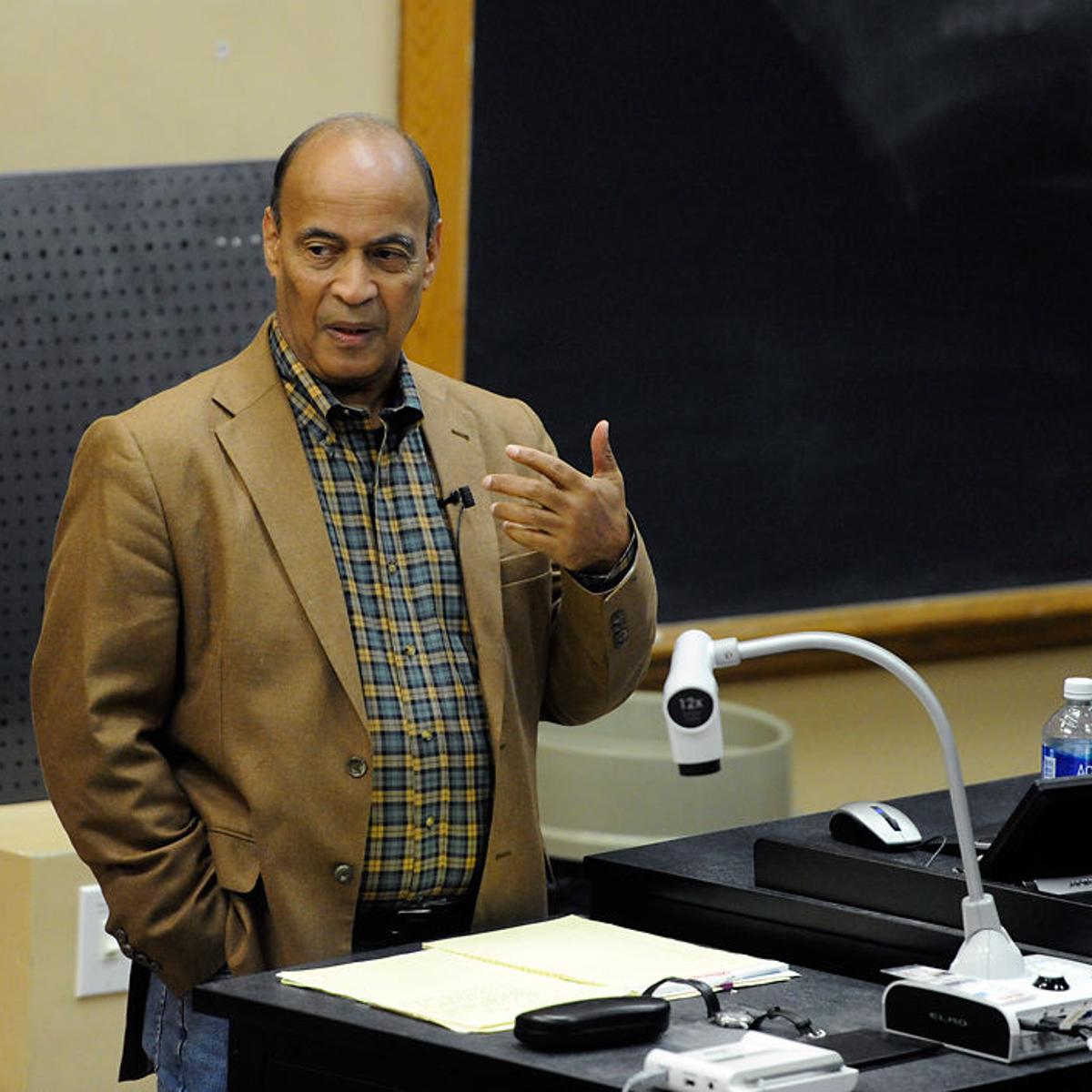 ‘Representative sampling was designed by statisticians in the 1920s,’ William Davies writes in the present edition of the LRB, ‘making it possible for social scientists to discover the attitudes of millions of people by surveying just a small — but mathematically representative — fraction of them. A new industry of opinion polling, audience research and market research grew over the course of the 1930s, led by companies such as Gallup. The question of whether “the people” favored or disfavored a particular policy or institution became a matter of intense political and public interest.’ The scare quotes are pregnant with promise for Davies goes on to attack the routinization of plebiscite in modern life — likes and dislikes/vote up-vote downs/Brexit/Zuckerberg’s discovery of hot/not at Harvard as relayed in the film Social Network — and behind it all the specter of Schmittian plebiscitary democracy.

You can immediately tell that this is high brow, even if you did not know that you were reading the LRB or anything related to Carl Schmitt, because Davies’s attack on the possibility of knowing what ordinary people want is covered up in the most beautiful and rich discourse against the Boolean/the binary/the zero-one/the crap or get off the pot — the influence of the symmetry group of order two on our lifeworld — as opposed to the middle brow, Manichean discourse of DiAngelo and Kendi; one that embraces the binary: you are either black/BIPOC or you’re white; either way, you’re either an antiracist ally or an (unwitting or witting) agent of white supremacy. The embrace of a Manichean worldview by racial reductionism is diagnostic of middle brow status.

I have been asked by one of my first patrons [you are welcome to become a patron of the Policy Tensor] how to distinguish the Boasian antiracism I embrace from the weaponized antiracism of the professional antiracists that I critique. What should we call the latter? Identity politics and multiculturalism are anachronistic. We have come a long way from the 1990s’ United Colors of Benetton. Weaponized antiracism sounds sexy, but it is a cheap thrill. Weaponized antiracism leads one to look for the devil in the details. Woke antiracism is too literally self-congratulatory in contemporary usage. If we must insist on Proctor’s accurate description of the longer movement as Boasian antiracism, racial reductionism is more accurate and strategically wiser to identify this rogue species of antiracism. Politico-strategically speaking, one wants to hold the line against particularism and essentialism tied to ascriptive status (eg, the color of your skin rather than your politico-ethical positions). The place to hold the line, I believe, is racial reductionism because it is intellectually prior to both particularism and essentialism: the interior logic of racial reductionism — white supremacy as the master narrative — dictates a discourse of particularism, if not essentialism too, if for no other reason than the paucity of features to do explanatory work.

By hold the line, I don’t mean performative acts. I mean that we should hold the line intellectually. In order to do that we will have to do precisely what Davies tells us is a simulacrum of democracy. We should try to pay attention to what the working-class thinks — what ordinary people think. We must insist on the documentary reality of the class differences in contemporary ethico-political attitudes, even though they are measured by noisy survey data. This task is especially important at the present conjuncture where the breakdown of elite-mass relations and the attendant class-partisan realignment has placed Trump in the White House. Let me show you how.

Of all the cancellations, the most important is perhaps not Bennet — despite the centrality of New York Times as the dominant agenda-setting prestige newspaper. The most important cancellation is that of arguably the most important African-American intellectual alive. Adolph Reed, Jr., a professor of history at U Penn (pictured above), was canceled by none other than the Democratic Socialists of America. He was canceled for his critical views on racial reductionism. Specifically, he has made the charge that racial reductionism is a refinement of neoliberalism whereby woke capitalism can claim the moral high ground on the cheap and minority professionals can improve their own careers through a discourse of racial grievance that ignores and suppresses the class differences within reductionist monoliths like “the Black community.” As I have argued, the main consequence of the awokenings is to open up professional-class fortifications to the ‘creamy layer’ of racialized minorities. Reed alleges that that is the purpose of race reductionist antiracism. I am not so convinced. A synthesis may obtain from the Hegelian logic of opposing forces with no one quite aiming for the outcome that obtains.

More importantly, Reed follows Christopher Lasch in critiquing a discourse of emancipation that attacks ‘horizontal polarization’ by seeking representation of racial minorities among the elite commensurate with their population share, without touching or shaking the hierarchical social order or the vertical polarization of wealth, income, opportunity, status, work, and self-respect. This extremely impoverished view of social justice is at the heart of the discourse of ‘racial capitalism’. The intellectual move of racial capitalism evacuates emancipatory oppositional politics of any commitment to the welfare and well-being of the common fellow. But it does make easier to be accommodated by power. And it is in the synthesis of the discourses of racial capitalism and neoliberal managerialism that yield woke capitalism. So what we’re going to have is ‘a permanent purge’ at the major corporations with antiracist consultants imposing a new disciplinary order over thought and practice. The corporate war on microaggressions will be good for the bottom line. In any case, the professional workforces of superstar firms don’t leave much wriggle room for corporate power. Whether from above or below, woke discipline will be imposed one way or another.

In any event, the point is not to pick a fight with militarized antiracism. The point is rather to see through the simplifications of racial reductionism and get a better grasp of contemporary reality. The first order of business is to understand the class structure of Afro-America. I am in the process of interrogating the general social survey for that project. Here’s some preliminary findings.

Antiracist political scientists have come up with the notion of “symbolic racism.” It is taken as given that that, whatever the internal logic of the concept, it is measured by degree of agreement with the following statement:

Irish, Italians, Jewish and many other minorities overcame prejudice and worked their way up. Blacks should do the same without special favors.

These attitudinal gradients, usually blamed on the grip on white supremacy on the minds of working class whites, cannot be so easily dismissed because they also exist among blacks. It is safe to say that the dominant measure of “symbolic racism” is suspect as a classification algorithm because it classifies half the American black population as racist against blacks. At any rate, it is not clear what one is supposed to infer from this measure because of these mutually congruent race-specific patterns.

The explanation for these patterns is quite straightforward. Antiracism is a phenomena largely confined to the professional class. In the GSS module, we find that 100 percent of middle-class blacks with a bachelor’s degree think about race very or fairly often; whereas only 25 percent of working-class blacks with a high school diploma. Among whites, antiracism has been such a minor occupation that the gradient is much more attenuated.

These class differences within the racial monoliths are of great consequence. Take the woke party line of defunding the police. A majority of overwhelmingly working-class blacks, 55 percent, are happy with the professionalism of their local police force and want their funding increased or stay the same. An even larger majority of Americans overall are opposed to funding cuts for police departments.

Asked if cancel culture had gone too far or not far enough, a net 66 percent of the working and middle class think it has gone too far, 57 percent of the professional class proper think so. Despite what one may be lead to believe on social media then, vast majorities across social classes disapprove of cancel culture. We find a net approval of ‘people participating in cancel culture’ to be -19 percent for working and middle class; while the upper middle-class is evenly split with a net approval rating of 0 percent. The graduate odds ratio is significant in Fisher’s exact test (OR = 0.67, P = 0.005), the BA one is not (OR = 0.85, P = 0.138). In terms of the assessment of the net impact of cancel culture, we find a net approval of -36 percent in the working class, -28 percent in the middle class, and -11 percent in the upper middle class. The odds ratios for BA (OR = 0.73, P = 0.005) and graduate degree (OR = 0.62, P = 0.001) are both significant. What these patterns tell us is that the Great Awokening is an upper-middle class phenomena.

The pollsters asked a bunch of questions that are relevant in an election year. Net approval ratings for Trump are -10 percent in the working class, -32 percent in the middle class, and, curiously, -26 percent in the upper middle-class. The BA odds ratio is significant (OR = 1.51, P < 0.001) while the graduate one is not (OR = 1.23, P = 0.156). The net approval numbers for Biden are -12 percent, +3 percent, and +14 percent for the blue-collar, college-educated, and upper middle-class respectively. Both the odds ratio for BA (OR = 0.70, P < 0.001) and graduate degree (OR = 0.66, P = 0.002) are significant, meaning that the class gradient for perceptions of Biden is significant. Democrats should worry about this gradient.

When asked who would do you trust on a policy domain, the pollsters report Biden and Trump. We report the difference (positive is in favor of Biden). On the economy, we have -8 percent, +7 percent and +10 percent for the blue-collar, college-educated, and upper middle-class respectively. Only the college odds ratio is significant (OR = 0.72, P = 0.001). Similarly, on who you trust will create jobs, we have -9 percent, +8 percent and +10 percent. Both the college odds ratio (OR = 0.70, P < 0.001) and the graduate odds ratio (OR = 0.75, P = 0.040) are significant. On national security, the net numbers are -5 percent, +12 percent and +15 percent. These class differences are not only statistically significant but also politically significant. They are to be expected given what we know about the class-partisan realignment. But they would be worrying to those who still think that Trump makes this election exceptional.

My position is not complicated. Unlike those wielding the Brooklyn woke drone, I have no need to obfuscate my position. Since I have already been fired from Columbia for my outspoken views, I have no reason to fear being canceled (again). So I can both research and speak my mind with integrity. From this, perhaps lucky standpoint, I can call bullshit when I see it. More importantly, I can put my efforts into projects that I think would best further our shared emancipatory agenda un-intimidated by professional antiracist scolds.

We must realize that in order to reverse the class-partisan realignment I have documented at length, we must repair elite-mass relations. In order to do that, we must pay attention to the predicament and meaning-making of the working class. More importantly, we must intellectually center ordinary people and the working class and resist professional-class hijacking of the social agenda, no matter how powerful and intimidating the woke establishment gets. This means, for instance, that we must resist the effort by the New York Times to racialize US monetary policy. More generally, we have our task cut out for us. We must hold the line against racial reductionism.