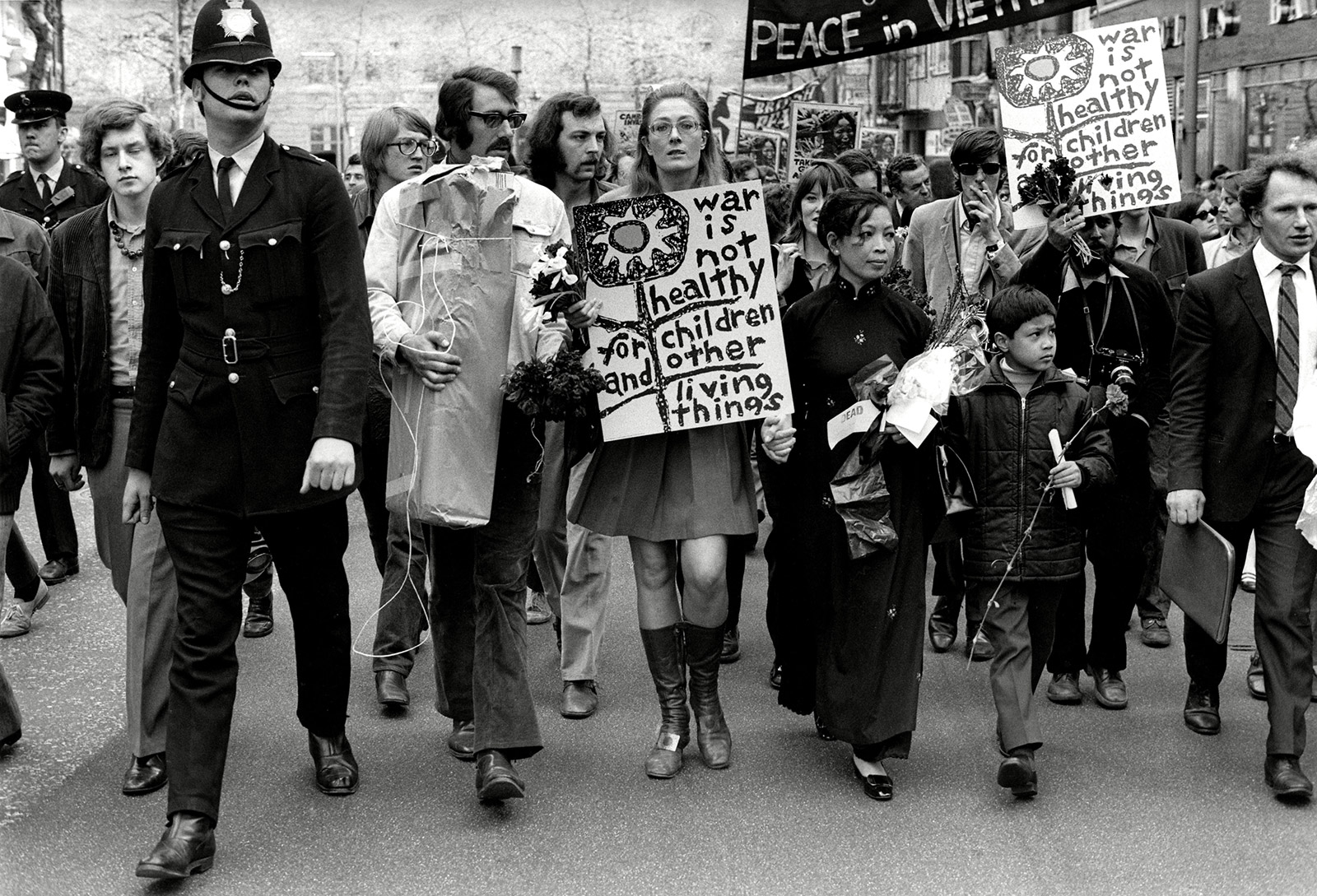 Boasian antiracism is riding high. Support has never been higher for BLM than as of writing. Biden seems to have such a tremendous lead over Trump in the polls that Democrats are salivating over longstanding red states. It looks like November is in the bag. More importantly, antiracism enjoys more prestige at the present conjuncture than it has since its birth. Statues are being toppled, racists are being canceled, and the streets are owned by antiracists. What is underway is the coming of age party of antiracism as the hegemonic ideology of the professional middle-class.

The recent ascendancy of Boasian antiracism has been called the Great Awokening by scholars. What are the origins of this phenomenon?

In the inner history of the professional class, we identify the synthesis that obtained in the 1990s between two ‘scripts of the self’ that emerged from threads unleashed when professionals’ kids broke the midcentury modern in response to Vietnam. My thesis modifies and builds on the thesis of Adam Curtis’s Century of the Self and many others — if Lilla was right, then an idea due originally to Paul Bremen. That, as Lilla put it, the cultural revolution, a revolution in attitudes towards sex, drugs, family life and personal relations; social liberalism for short; on the one hand — and the great turn inward that Lilla called the Reagan revolution and gave us Curtis’s title on the other, come together in the 1980s.

Roger Kimball too framed the Sixties intellectual revolution along Marx and Freud. Specifically, Kimball argued that the hegemonic ideology of the Sixties left was a marriage of sorts between Marxian class politics and “Freudian” liberal attitudes towards sex, drugs, and life scripts. I don’t know if social liberalism emerged from Freud. But it is clear that social liberalism followed as a corollary of the revolution of the self. What one was supposed to do with one’s life was self-author, self-regulate, self-care, self-govern and self-actualize.

The second thread comes together not in the 1980s, but amidst much self-congratulation in the 1990s. The opening was created by the fact that there was a problem after the revolution of the self. The newly centered self was consistent with the colorblind meritocracy. But a moral order could not be grounded in the script of the self. Meritocracy was a weak frame on which to hang the legitimacy of the new order. What happens in the 1990s is that a new script of the self grounds a new moral order anchored on antiracism. The antiracist sees herself as not just striving to self-actualize but caring about a moral order in society. Antiracism involves boundary work that reproduces the moral order: that’s where the cancel culture comes from. Operationally, the deal that was stuck with race and gender oppositional politics was that professional middle-class fortifications were to be inclusive meritocracies. Instead of colorblind, we will have the United Colors of Benetton. The meritocracy would not just be meritocratic but racially inclusive.

This is the great synthesis that they were celebrating in the 1990s, not just the New [Hourglass] Economy. The synthesis was achieved at a great cost. The Reagan-Thatcher revolution was consummated when social democracy capitulated upwards and abandoned custody of the working class interest. Within the professional class, despite soundbites that suggested solidarity, there was a parting of ways between the left concerned with oppositional class politics and those interested in purely identity politics. This is when elite-mass relations begin to deteriorate. The professional-class increasingly began to consider the white working class racist. The white working class — with a different history and culture from the professional class — increasingly began to perceive class work behind the professional antiracist scold. The class-partisan discourse around race began to acquire its present contours after the synthesis was achieved. It is in this historical context that we must frame the origins of the Great Awokening.

In order to understand the origins we need to understand the structure that mechanically propelled antiracism to its present hegemony. Boasian antiracism was marginal before the Sixties, when it emerged onto the national stage. The Sixties radicals may have left the streets. But they didn’t disappear. An advanced band of them mounted a bid for the Ivory Tower. More precisely, they mounted a bid for the prestige schools. Beginning with Schermerhorn Hall — Columbia anthropology — antiracism began to conquer the prestige professoriate. Antiracism outposts within academia — Black studies, ethic studies and gender studies — mushroomed. Beginning with anthropology, cognate discipline by cognate discipline, all of Humanities was conquered. (The sciences fell more recently.) The tenured radicals eventually became dominant within the Ivy League and the elite cultural discourse.

This development proved to be more significant that it appeared at first sight because prestige schools are the central sites of reproduction of the professional class. These schools can now be described as mass manufacturing elite antiracists. But it is not simply a question of indoctrination. Even though it is a professional class ideology, we can say that Boasian antiracism has been shaped from below. Indeed, it has been radicalized from below — the secret origins of the Great Awokening lay deeper. The kids themselves gravitated towards woke professors and courses. They are the ones who were more interested in race and gender than class. Even though it was confined to the professional middle-class, the Great Awokening was a bottom-up process.

The detail that matters is that there was and remains a prestige gap between the humanities on the one hand and the sciences and professional disciplines on the other. The association between class and woke emerged from a struggle to close this gap. In the context of neoliberal hypercompetition, woke became entangled with class because of the equilibrium that emerged in the struggle for prestige within the Ivory Tower. Once it became firmly entangled with class, what was turbocharged by neoliberal hypercompetition of the professional class was competitive wokedum. A relentless competition to out-woke and thereby signal higher status to potential mates and rivals. Whence the proliferation of the acronyms — the latest is BIPOC. This is the process that brought about the Great Awokening.

6 thoughts on “The Origins of the Great Awokening”