Waaler (1984) wondered whether looking at both and weight would be more informative than a single measure of nutritional status such as stature or BMI (the ratio of weight in kilograms to squared height in meters). He suggested that one could plot mortality risk (or any other measure of mortality or morbidity risk) as a function of height and weight. This suggestion was realized by Kim (1996) in his doctoral dissertation who named the resulting graphical survival table representation a Waaler surface.

The geometry of Waaler surfaces turns out to be particularly simple for stable populations. Kim (1996) observed that the mortality risk information encoded in isorisk curves tend to satisfy three empirical regularities. First, risk is monotonically decreasing in stature; taller populations have a higher nutritional status for the same BMI as shorter populations. Second, optimal BMI is a decreasing function of stature; taller populations need to have smaller BMIs to face the same mortality risk. Third, risk is quadratic in weight; at any given height, health status is a function of the squared distance from optimal BMI.

We can define an equivalent measure as follows. Notice that under the three regularity assumptions noted above, Waaler surfaces are effectively one-dimensional. Specifically, we can map all points on an isorisk curve to the point where the isorisk curve intersects the optimal weight line. In Figure 2, for instance, B is risk-equivalent to D. This means that the Waaler Index captures exactly the same information as what we will call effective stature: the mean stature of a population facing the same average risk as B but with optimal BMI. This single overall measure captures all the actuarially-relevant information contained in the Waaler surface.

Under the same regularity conditions as above, we obtain a separation of variables. Even though risk is a joint function of height and weight, we can decompose the effect of BMI and stature geometrically. In Figure 2, B and C have the same stature. The difference in their mortality risk is the BMI risk premium, the greater risk incurred due to a suboptimal BMI. The difference in risk between A and C is then due solely due to the lower stature of population C and not due to BMI. We call this the stature risk premium. We can measure both in either centimeters or survival probabilities. We shall use the former.

Note that BMI is a measure of short-term health status while stature is a long-term measure of health status. This difference is extremely important for it allows us to think of the stature risk premium (the difference in stature between the comparison population and the reference population) as reflecting steady-state differences between populations since stationary populations sit on the optimal weight curve by construction. In economic history applications then, it is this latter measure that has pride of place. For instance, the settler premium in the early modern era that we isolated should be thought of in terms of the stature risk premium. Similarly, one can think of the latitude premium that exists due to differential protein availability at different latitudes (say as captured by cattlehead per capita).

So we obtain two different anthropometric measures of health status. Stature risk premium is suitable for questions of long-term socio-economic polarization. Effective stature is an actuarially fair measure of health status suitable for overall contemporaneous evaluations. The two charts after the references are from Kim (1996). 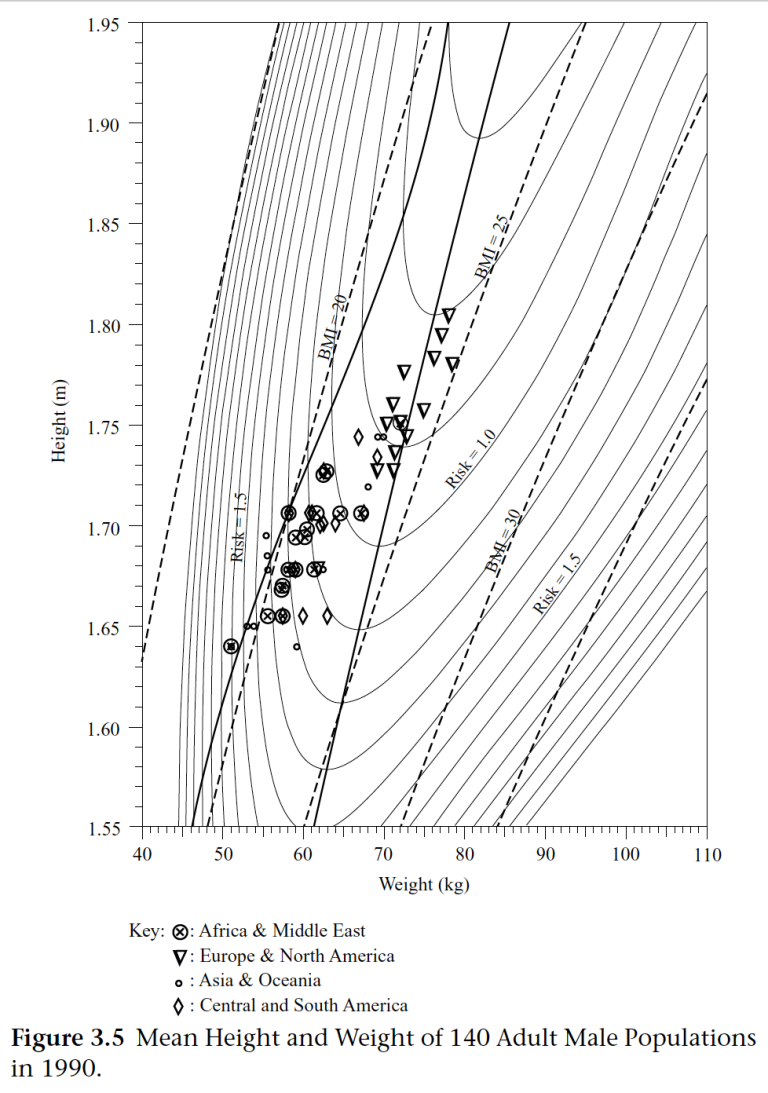 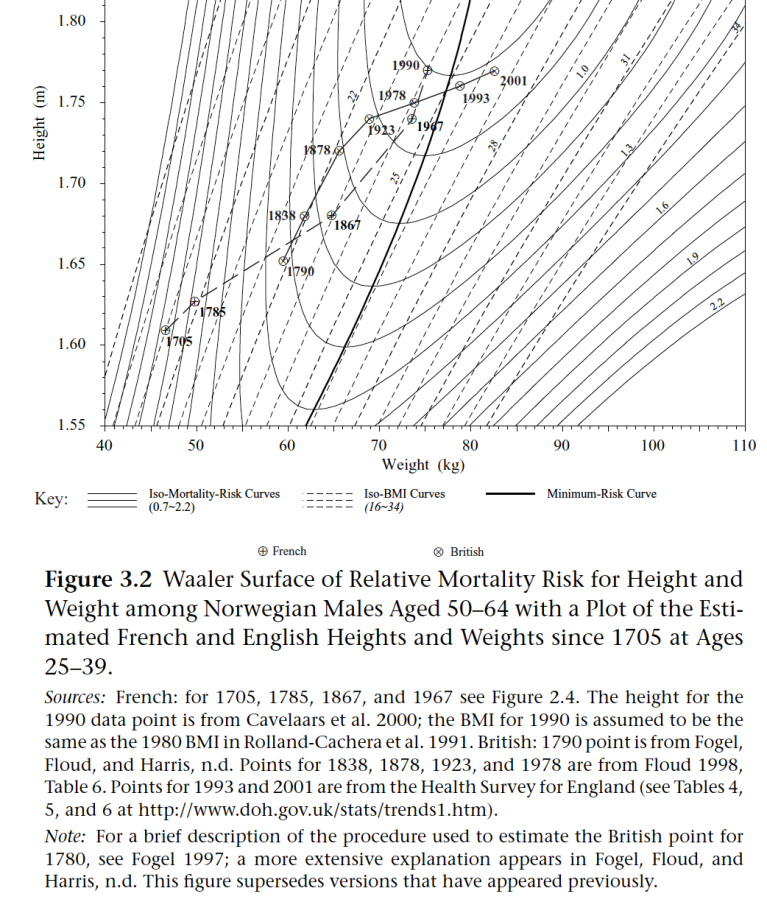