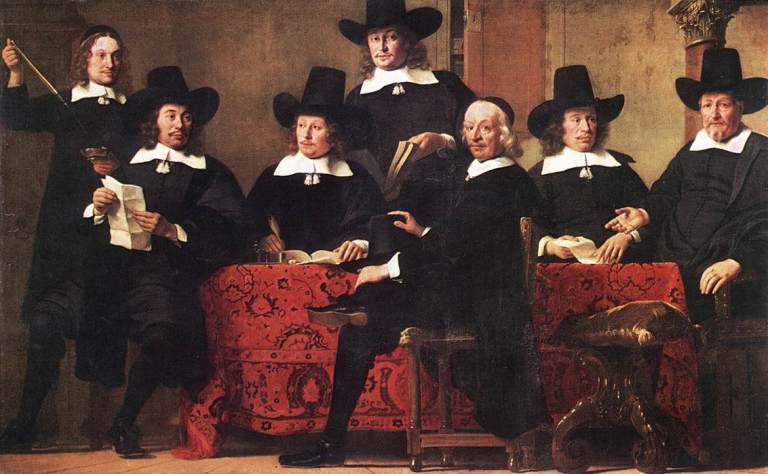 “Is there not in short, whatever the society and whatever the period, an insidious law giving power to the few? An irritating law, it must be said, since the reasons for it are not obvious. Yet, it is a stubborn fact; taunting us at every turn. You cannot argue with it. All evidence agrees.”

Fernand Braudel, Civilization and Capitalism, vol. 3: The Perspective of the World

Conceptual notions have to be judged by their usefulness. No matter how precisely we define any mental construct, it may be of little use if it does not allow us to tackle open questions and attempt to solve interesting problems. Mere precision may be worse than the alternative if it clouds our thinking instead of illuminating reality. But more often than not, what stands in the way of progress is our psychological and institutional attachment to established definitions and paradigms long after they have lost their usefulness.

The dominant conception of capitalism is the Marxist notion which puts wage labor—“capitalism is, by definition, based on the exploitation of wage labor”—at the center of the frame of reference. The defining relationship is that between the holder of capital on the one hand, and the holder of labor on the other. In the Marxist machinery, the struggle between these two protagonists, the class struggle, is nothing less than the very motor of history.

In the most advanced capitalist societies, said motor is now effectively defunct, on account of the fact that the presumably stronger protagonist has more or less capitulated. Trapped inside national boundaries and in the face of the changing geoeconomics of global production, labor unions have tried in vain to keep up the fight. (I know that sounds harsh. Indeed, I am a friend of the unions and a card-carrying tax-and-spend liberal. But you have to call a fight when it’s over.) Real wages have been stagnant for an entire generation while the vast bulk of the past thirty years’ gains in productivity have been captured by the protagonist who, according to Marxist eschatology, should have been laid to rest long ago. Perhaps it is time for a rethink.

Marxist historians have traditionally made their bones in the transition debate. The question to be answered has never changed: how did feudalism give way to capitalism? In this essay, I will argue that we need to reformulate the question. Before I can present my reformulation, let me reconceptualize both notions. I will endeavor to do so in as straightforward a manner as possible.

Every sedentary society has been dominated by a tiny elite. Instead of the focusing on the surplus and the method of its appropriation, we shall focus of the nature of the domination itself. A high feudal order is characterized by the fusion of politico-military-economic power in the person of the feudal lord. Even after the reemergence of state power, feudal societies were dominated by landed oligarchies. In particular, states could only reestablish a monopoly of violence by committing to defend the landed oligarchs’ property. A capitalist society on the other hand, is characterized by the dominance of a merchant-financial oligarchy. One way to reformulate the transition debate then is to ask: How did the merchant oligarchs muscle out the landed oligarchs?

This is a useful formulation. One can inquire into the strategies pursued by these two protagonists. In the aftermath of the Black Death, the lords were busy putting down the peasants’ rebellion. Meanwhile, Western European merchants were gathering the reins of a far-flung system that was invisible at ground level. (They had “the perspective of the world”.) One can argue, as I have, that the rise of the European world economy in the fifteenth century rigged the game in favor of the merchants and against the lords at the center even as it strengthened the hands of the lords in the periphery. It is this that explains reserfment east of the Elbe precisely when Western Europe began its long rise.

But even this formulation is not enough. It does not account for any variation in exits from feudalism. In the Italian city-states, the take-over by the merchants was early and direct. In Iberia, the confluence of state power, foreign capital and expertise, and virgin overseas possessions ensured that the exit led straight to retierdom. In the northwestern extremity of the continent, the Dutch experience lay between that of the Italian city-states and England. In the latter, the strength of the territorial state meant that the most important resource to be mined was state power itself; and this is precisely what the merchants set out to do. Meanwhile, the territorial states of the continent saw the rise of absolutism. Feudalism did not survive even east of the Elbe: Russia and Prussia forged even stronger states than the absolutist French monarchs, which usurped power from the lords.

This brings us to the second reformulation: What accounts for the differential exits from feudalism? I have come to realize that we are missing a key protagonist. This third protagonist is the bureaucrat. For what is happening in the early modern period is not a simple shift of power from lords to merchants. The most important long-term development, in fact, was the rise of the modern state. Different components of the politico-military-economic power of the lords on the eve of the Black Death were cannibalized by different actors in the course of the next few centuries. It is, so to speak, the geospatial variation in the balance of power between these three protagonists that explains the differential exits from feudalism.

At the center, merchants gathered the reins of the world economy and gained the upper hand. They played a decisive role in shaping the state into a highly effective instrument of national mercantile interest. This is especially true in England where the bureaucracy was a tool of the merchant-financiers. The lords, of course, remained extremely wealthy and powerful down to the early twentieth century. But they had morphed into rentiers and threw in their lot with the City and its portfolio managers who channeled their enormous wealth overseas.

A very different political equilibrium obtained in Prussia. Here, the Junkers threw in their lot with the bureaucrats who established their supremacy very early on. German merchant-financiers, a group of great antiquity, largely remained outside the jurisdiction of the Sparta of the North. And when the garrison state conquered the rest of Germany in the nineteenth century, the split remained. The leaders of the great capitalist combines of Germany in the early twentieth century were still waiting hat in hand outside the offices of the bureaucrats. It is this that explains Germany’s unique path whereby the constitutional authoritarian state left civil society largely unmolested, whilst excluding centers of private power from state policymaking.

The exit in Russia was similar to Prussia in that merchants were largely excluded from politics on account of their weakness. But instead of a constitutional state, Russia evolved a conspiratorial state. Politics was restricted to the Kremlin where the oligarchs watched each other warily and kept the Grand Prince under house arrest. In this curious system, the civil service accumulated an enormous degree of power. Capitalists were not simply waiting outside offices, they were kowtowing to bureaucrats.

In the rest of the continent, different configurations obtained depending principally on the strength of the state. As a general rule of thumb, the balance of power among the protagonists becomes more favorable to the merchants as one moves northwest and to the lords and bureaucrats as one moves east depending on the strength of the state: The weaker and more peripheral the state, the stronger the landed oligarchy.

I suspect that the rise of the military-bureaucratic state on the periphery was not simply a response to the rise of capitalism on the Atlantic seaboard. The feudal lords themselves relinquished power to the state; increasingly relying on it to maintain their position in the social order. But in as much as it was a response to the rise of the European world economy, it was indeed an effective one: It allowed the states that took this exit to compete in the balance of power despite being dealt a losing hand in the world economy.

The exit from feudalism thus looked very different in different parts of Europe. The differential exits from feudalism had very large scale effects on the history of Europe and the world. The variation is explained by the balance of power between the lords, the merchants, and the bureaucrats. It is time we recognize that the notion of the transition from feudalism to capitalism is misleading and obscures these large-scale realities.