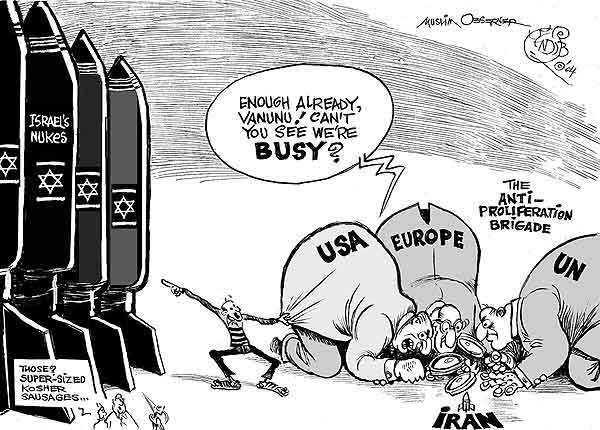 The present writer has long entertained a simplistic view of nuclear weapons. Namely, that what these things are good for is deterrence against being conquered by a more powerful state. A second-strike capability is the ultimate deterrent, allowing even medium-sized powers to ensure their long-term survival. This is the standard realist view, espoused by the father of neorealism, Kenneth Waltz, himself.1

A number of authors and events have made me appreciate the complexity of the issues involved. There is a great degree of truth in the standard view. However, there is a lot more to be said. Is nuclear primacy attainable? What is the effect of nuclear weapons of major power wars? On coercive diplomacy against minor powers? On the global balance of power? On the regional balance of power? Do nuclear weapons make regional powers more or less aggressive?

The key insight of modern realism is that states go to war out of fear. When great power statesmen declare war, they are risking the very survival of the state. Armed to the teeth, great powers have tremendous capacity to inflict harm on each other. The best reason to go to war against another great power is if it is the only way to ensure the long-term survival of a state. In particular, a dominant power may choose to go to war against a rising power while the military advantage is still on its side.2 Nuclear weapons short-circuit this logic. A credible second-strike capability virtually guarantees the survival of a state, even one in precipitous decline. Even after the demise of the Soviet Union, the dominant successor state, Russia, did not fear being conquered outright by its long-time rival.

What nuclear weapons cannot do is preserve the power position of a state. Under conditions of mutual deterrence, they do not allow a state to protect its interests in the international arena. They cannot prevent a more powerful state from denying it access to sea lanes, markets, and natural resources outside its homeland. A nuclear state may not even be able to preserve its territorial integrity. For instance, if China were to conquer India’s restive northeast, India’s nuclear deterrent will not be of much use. There is no way New Delhi would risk thermonuclear war to prevent such an outcome. Moreover, any such threats to escalate will not be seen as credible.

Powerful states have always had the capacity to inflict massive death and destruction on the populace of a defeated state. The Mongols, the Romans, and the Persians would, having conquered a city, put all males of military age to the sword, sell the women into prostitution or slavery, and raze the city to the ground. At the end of the Second World War, the occupying American force had the capacity to slaughter the entire Japanese population. What is new is not the scale of the destruction. What nuclear weapons have wrought is to reverse the sequence of military contest and destruction.3

In the pre-nuclear era, it was necessary to defeat the enemy’s military forces before any appreciable degree of violence could be brought to bear on the enemy’s populace. For the first time in history, it is possible to inflict massive terror on the enemy’s populace without first prevailing in a military contest. Furthermore, since the advent of ‘national wars’ with Napoleon until the advent of nuclear weapons, war was ‘total’ only for the defeated nation. Large-scale violence could be brought to bear only by the victor. Nuclear weapons have made it possible for the loser to inflict unacceptable horror on the victor’s populace.4

This may very well be true although one is hard-pressed to imagine a scenario where the United States would ever carry out a surprise first-strike against any major power rival. It is certainly an extraordinary situation and one that is unlikely to last very long. Not enough scholarly attention has been paid to working out the implication of this state of affairs. Let’s think this through.

Developments in the accuracy and reliability of laser and GPS guidance systems means that if a warhead or missile can be located, it can be taken out. Concurrent developments in bunker-busting munitions, conventional and especially tactical nuclear devices, have exposed even deeply buried silos to counter-force measures.6 The development of low-yield tactical nuclear weapons has turned them into usable military assets, not just to neutralize local conventional superiority but also as the key to counter-force missions. It is a fair bet that these weapons will be deployed in a limited war between the United States and a rising challenger. [No prizes for guessing who.]

Is limited nuclear war possible? What does US nuclear primacy imply about US’ power position? Henry Kissinger, writing in his classic study, Nuclear Weapons and Foreign Policy, answered the first question in the affirmative.7 Since it is easy for states to distinguish between large-scale nuclear attacks on the homeland and tactical weapons deployed in the battlefield, the two can be decoupled. Nuclear escalation need not be a single step process to all-out thermonuclear war. Indeed, by limiting the stakes, mutually assured destruction makes limited wars more likely between superpowers. Which brings us to the military doctrine behind US’ quest for nuclear primacy.

What the United States has sought and achieved is called ‘escalation dominance’ in the technical jargon.8 In a diplomatic and political crisis with another nuclear armed state, the US has less exposure and considerably greater room for maneuver at every step of the escalation ladder. The US will share the risk of escalation with a nuclear rival, but most of the risk will be borne by the adversary. The US will have more bargaining power at each level, having to some extent solved the problem of the egalitarian nature of the balance of terror. The concrete problem that US military strategists sought to solve with this doctrine was the Taiwan dilemma.9

Beijing has declared time and time again that if Taiwan were to declare independence, it would have to go to war. The ‘One China’ policy is central to China’s national discourse. Taiwan is considerably more important to China than to the United States. To be sure, as an unsinkable aircraft carrier right across the water from the Chinese mainland, it has a lot of strategic value to the US. The problem is that US’ nuclear umbrella is not really credible. When China becomes strong enough to conquer Taiwan with conventional forces, the strategic arsenal of ICBMs located in the US homeland and submarine silos will not deter China. This is simply because the US will not risk thermonuclear war for an aircraft carrier, no matter how unsinkable.

Escalation dominance allows the United States to intimidate China even after conventional deterrence fails. This involves not just tactical nuclear weapons and Theater Missile Defense (TMD) but also other tools of coercion. The principal one is exclusion from world markets and Mid-East energy enabled by US’ command of the global commons. Then there is the whole new world of cyber warfare which can be employed to cripple China’s economy and infrastructure.

Nuclear weapons also play a major role in coercive diplomacy against minor powers. The Pentagon has sought and obtained the capability to strike any military target anywhere on earth within one hour. Nuclear weapons play a critical role in this capability. The most important targets – like the nuclear enrichment facilities in Iran – are likely to be in deeply buried and hardened bunkers. Taking out such targets may require the delivery of three or four precision guided munitions, the most effective of which are tactical nuclear weapons.

No other state in the international arena, including Israel, has the wherewithal to do this. This is why the United States has been able to dissuade Israel – which strongly prefers to maintain its nuclear monopoly in the region – from launching precision strikes against Iranian nuclear enrichment facilities. Israeli bombers will have to transverse at least a thousand miles of hostile territory to reach their targets. Even with aerial refueling at the boundary of friendly airspace, this would test the capacity of Israel’s long-range bombers and compromise their ability to conduct fuel-intensive dog fights. Even if Israeli pilots managed to pull off perfect sorties, there is hardly any certainty that they will be able to destroy the most deeply buried facilities.

The United States can afford to wait since it will retain the capacity to neutralize known Iranian facilities at any moment of its choosing. Even if Iran obtains a nuclear deterrent, the United States will be able to intimidate it, thanks to its enormous apparatus intended for escalation dominance against major power rivals. The United States has therefore concentrated on intelligence gathering, cyberwar, economic sanctions to cripple Iran’s economy, and supported Israel’s assassination program of Iranian nuclear scientists.

The only thing that Iran would obtain with a credible deterrent – which is not quite the same thing as getting the bomb – is security against outright conquest by the United States. The US would still be in a position to intimidate – ‘contain’ in Washington’s Orwellian speak – Iran, in no small measure due to escalation dominance which applies a fortiori to minor powers like Iran.

The Nobel Peace Prize laureate and current occupant of the White House declared the elimination of nuclear weapons as the long-term aim of the United States. This is a sick joke. Actual US policy is to enhance the usability of its nuclear arsenal and develop a first-strike capability. Furthermore, even if global powers reduced their stockpiles to zero, it would change nothing. Major powers would remain nuclear capable and in a position to field nuclear weapons in short order. In the event of a major power confrontation, the silos will be refilled in weeks.

Noam Chomsky has called the threat of nuclear war an issue of “overwhelming significance, because the fate of the species depends on [it.]”11 Couldn’t agree more but slight problem: who is going to enforce the ban on nuclear weapons? Being forced to operate in anarchy, states have no option but to do whatever it takes to ensure their long-term survival. A threatened state will not forgo nuclear weapons which may be the only way it can obtain security against a more powerful neighbor that may at any time conquer it. Only the establishment of a world state can remove the threat of thermonuclear war.

6 Counter-force operations are attacks on the enemy’s nuclear arsenal.

8 In game theory, player A enjoys escalation dominance if she has a capability to defeat player B at every possible level of conflict. This will only happen if higher orders of conflict are of greater advantage to player A than player B. So player A can make things worse off in the subgame for player B. This requires doing more harm than the status quo. The situation will be made worse for player B, unless it cooperates.

3 thoughts on “Nuclear Weapons and the Balance of Power”