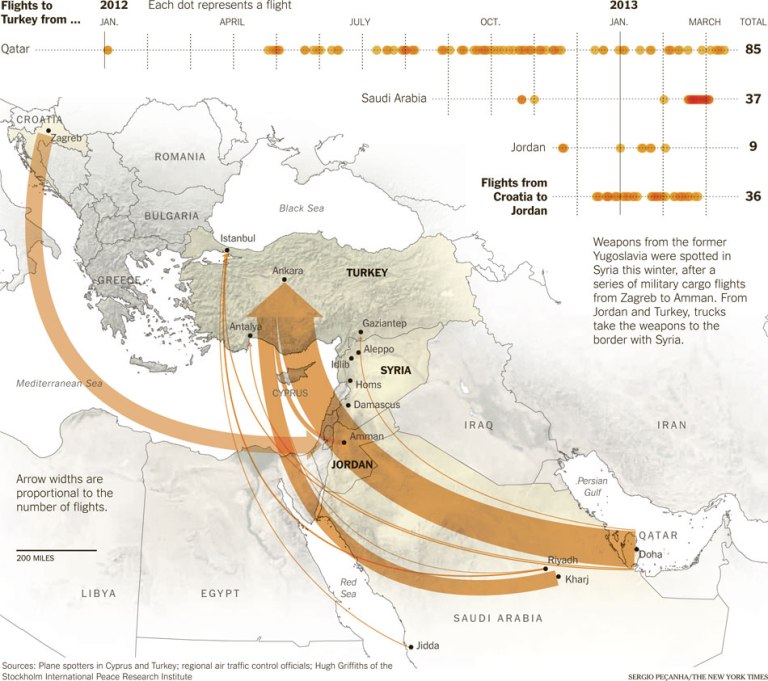 President Obama finally visited Israel this week. In a big speech, he conceded that “[p]olitically, given the strong bipartisan support for Israel in America, the easiest thing for me to do would be to put this issue aside and express unconditional support for whatever Israel decides to do.” Almost as if demonstrating this political insight, he immediately “appeared to move closer to the Israeli position on Thursday regarding resumption of long-stalled peace talks with the Palestinians, stopping short of insisting on a halt to Israel’s settlement expansion as he had done early in his first term.” Prominent Israeli commentators expressed their approval, noting that he said “all the right things”.

During Obama’s first term, when he called on Israel to halt expansion of Israeli settlements in the occupied territories, Israel flatly refused. Palestinians accurately liken it to the spectacle of two people negotiating over how to share a pizza while one of them continues to eat it. Israeli flack organizations in the United States were mobilized against Obama with Netanyahu himself campaigning against Obama’s reelection. The relationship between the Obama and Netanyahu administrations became cold even as Israel continued to be regarded as the principal client of the United States in the Middle East. Realizing that domestic political constraints do not allow for any pressure to be brought to bear on Israeli policy vis-à-vis the occupied territories, President Obama has finally folded.

In any case, this represents a continuation of effective US policy than a departure. The United States has officially disapproved of continued settlement activity without ever making its diplomatic, military, and financial support for Israel contingent on compliance. Israel has continued to expand settlements without an iota of probability of jeopardizing US support. The strong shall take what they want and the weak will have to live with it.

It has been claimed that US’ unconditional support for Israel makes US objectives harder to obtain in the Islamic world. This is the notion of linkage. For instance, John J. Mearsheimer and Stephen Walt, writing in The Israel Lobby, noted that linkage makes negotiating with Arab powers over security issues harder, because rulers have to respond to the ‘Arab street’. Dennis Ross and David Markovsky write at length about this in Myths, Illusions, & Peace. They draw attention to the fact that the oil monarchies prefer a strong Israel to contain Iran, something that is clear in the Persian Gulf RSC framework.

The reason for the dominance of the subsystem is twofold. On the one hand, the United States cares about controlling the Persian Gulf much more than the whole Middle East. In losing the Shah, the US lost a natural hegemon that it could use as a client state to manage Gulf security issues on its behalf. On the other, the proximity of the regional powers: Iran, Iraq (till 2003), and Saudi Arabia, to each other makes competing territorial claims more likely; and they threaten each other the most because power travels weakly over distances. The most significant transformations in the Middle East regional security complex had taken hold in 1979. These are the realignment of Egypt from the Soviet Union to the United States and the creation of the Islamic republic in Iran. Since then Israel has steadily emerged as a regional hegemon. Israel has followed a policy of maintaining a nuclear monopoly in the Mid-East. It has already conducted air strikes on suspected nuclear weapons development sites in Syria and Iraq, and threatened to do so in Iran. This picture of the Middle East complex has now changed with the emergence of Turkey as a significant pole of the Mid-East complex.

Turkey has emerged as a significant power in the Middle East complex in the past two years. When President Obama made Netanyahu apologize to Erdogan on the phone, it was not his diplomatic skill so much as a confluence of events having to do with the rise of Turkey. Northern Iraq and Northern Syria are now under the Turkish sphere of influence. Turkey has a stronger navy than Israel – and now with significant gas deposits found in the Eastern Mediterranean in waters claimed by Cyprus and Israel – Turkish sea-power is beginning to affect the calculations in Washington.

Northern Cyprus is occupied by Turkey. Israel is building a naval and air base in Cyprus to protect it from Turkey. Cyprus is an off-shore tax haven. Most of the money parked in Cyprus is from Russian oligarchs, so much so that the tiny island has become the biggest source of foreign direct investment in Russia. It is looking for a replacement for the Syrian port of Tartus, its only naval base in the Mediterranean. Syria is expected to be a play ground of regional powers in the foreseeable future, just like Iraq. Cyprus would be ideal. There is even a vibrant Russian community in Cyprus, but curiously, Russia has refused to bail out the bankrupt Cypriot government which is now – under German pressure – contemplating radical measures that are prompting a bank run (an unprecedented one time tax on deposits seems to have been shelved). There is going to be considerable turmoil in the eurozone in the coming weeks but I digress.

Turkey’s entry into the Eastern Mediterranean sub-complex is significant because it transforms the structure from a unipolar to a bipolar one. This has been obvious for a while but Turkey is going to be the most important regional actor in Syria and Iraq for the foreseeable future. It is also going to be the primary conduit of American power if the US decides to project its power in Syria.

We need to start thinking seriously about the implications of this transformation of the Middle East. Northern Iraq and Northern Syria are now under the Turkish sphere of influence because autonomous Kurdish statelets have emerged in Syria and Iraq. These have now come under the Turkish sphere of influence. This is the right context of the recent peace declaration by the PKK. Turkey is interested in access to oil and gas in the Eastern Mediterranean and from the Kurdish autonomous region in northern Iraq. External factors have become more important in Erdogan’s double security dilemma (state actors simultaneously face external and internal threats to their power). It is therefore cutting a deal with Kurdish insurgents inside Turkey.

The joke, however, is on the New York Times which could barely contain itself in hailing Obama’s “success in persuading Prime Minister Benjamin Netanyahu of Israel to apologize to Prime Minister Recep Tayyip Erdogan”. Right. Foreign Affairs is spinning it better; as a change in Turkey’s calculus.

Map above: The New York Times reported that the CIA is coordinating a major airlift under Turkish oversight to help the rebels in Syria. “A conservative estimate of the payload of these flights would be 3,500 tons of military equipment,” said Hugh Griffiths, of the Stockholm International Peace Research Institute, who monitors illicit arms transfers. “The intensity and frequency of these flights,” he added, are “suggestive of a well-planned and coordinated clandestine military logistics operation.”

One thought on “Surely, You Are Joking Mr. President?”